This week’s progress ranges from almost none to approaching completion.

The front walk has been completed and the front yard graded ready for landscaping.

The front porch has been screened and the house number added.

For some reason the yellow door to the outbuilding has been covered (or perhaps removed).

I had hoped to get a better photo of the serving area in the living room, but since last week window screens have been added everywhere, even on the screened front porch, which is also “furnished.” 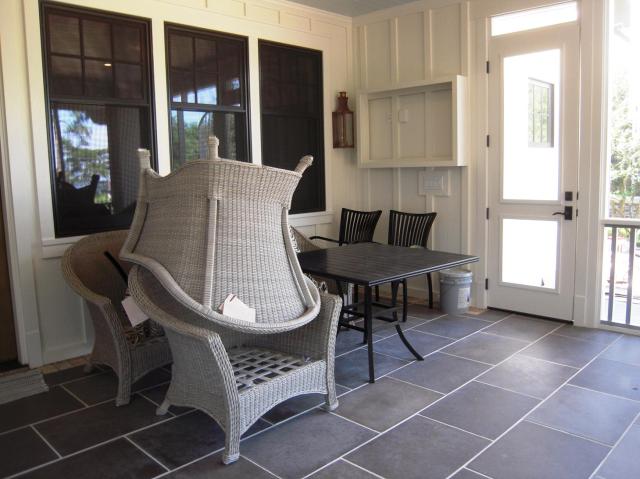 This shot from the back door does reveal intriguing appliances of some sort in the kitchen.

Louvered shutters have been added to the windows in the master bath, but this shot from the back shows its flamboyant wallpaper.

The addition of scattered furniture items—a rug here, a buffet there, a mattress and flat-screen TV in the front upstairs bedroom—suggest that move-in may be imminent. 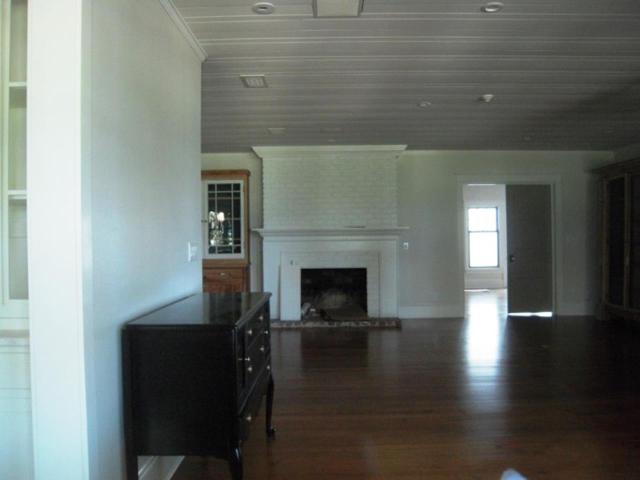 The first of the new doors have arrived. 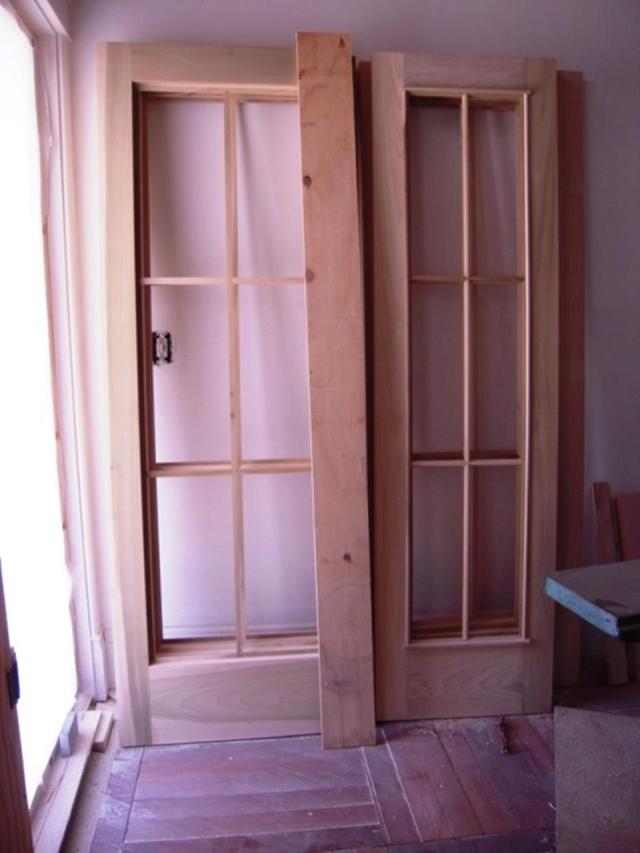 A pair of recycled doors have been installed (as stationary panels) in the opening between living room and dining room. 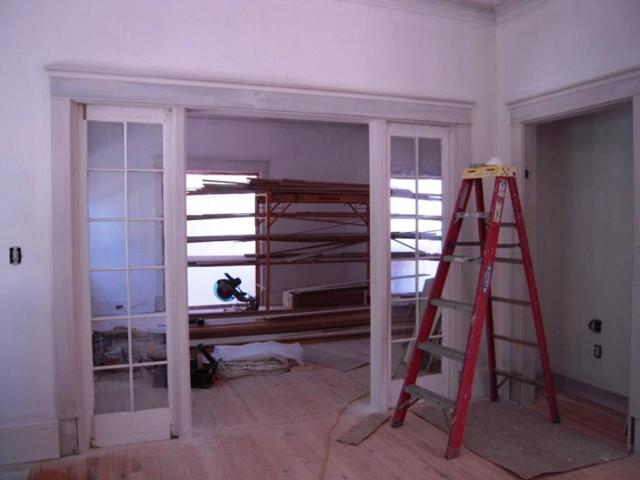 Salvaged doors have been used throughout the house, mostly as closet doors. Each is labeled with its size and destination.

This storage unit is being built in the passageway that leads from the master bedroom to the master bath, the walk-in closet, and the room with the window seat. 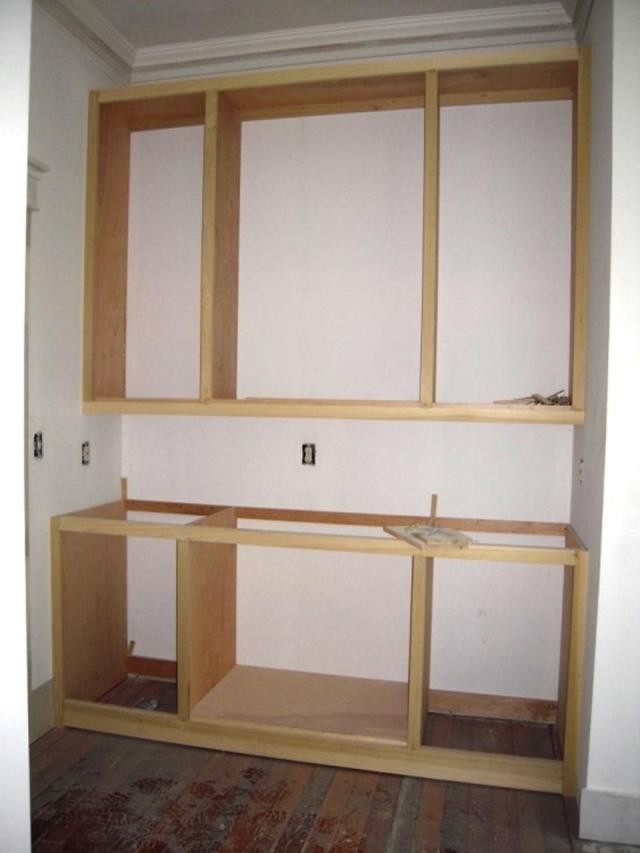 Aside from a nice crop of grass, it’s hard to see much change here, but the ceiling joists appear to be new, along with the bracing on the east side. 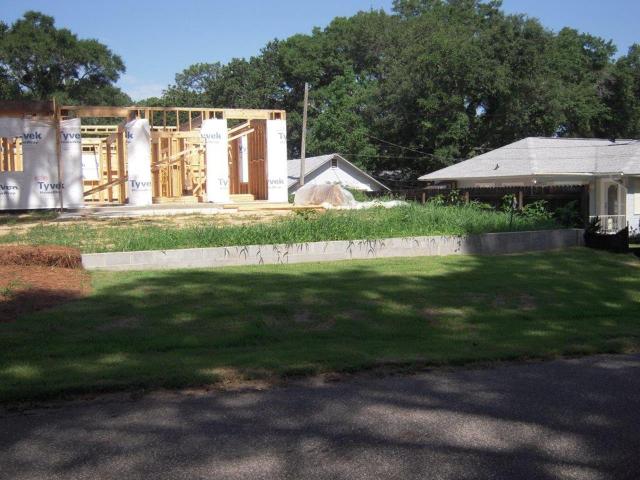 Windows and doors have been added to the back of the “garage.” No stairs yet, so I’m holding off on posting photos of the interior. 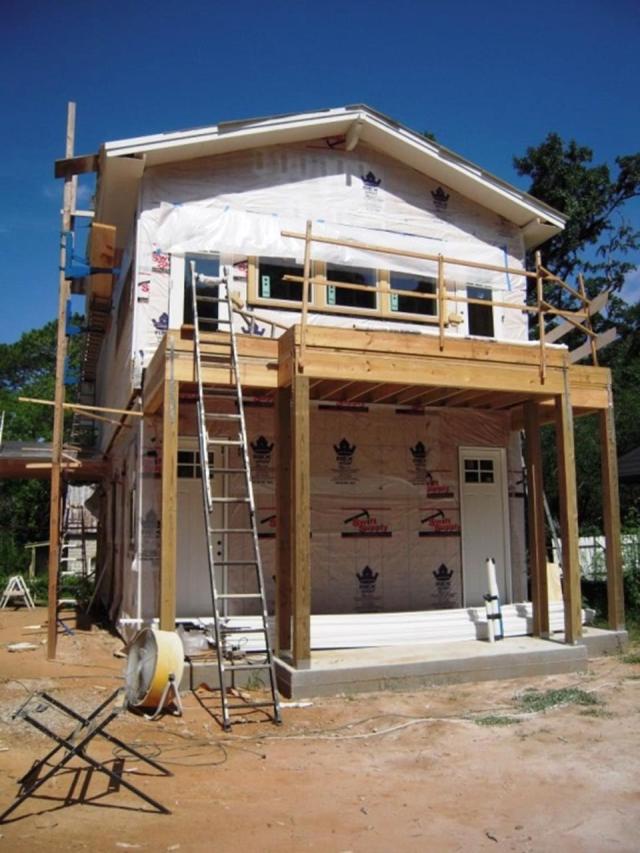 Boxed columns have been added to the back entry porch. 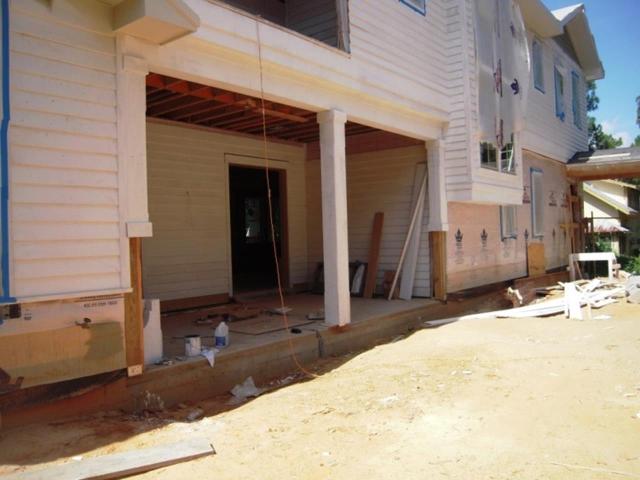 The front porch now has a beaded ceiling.

Painters were working on the front yesterday, though it’s not clear which is the final color. 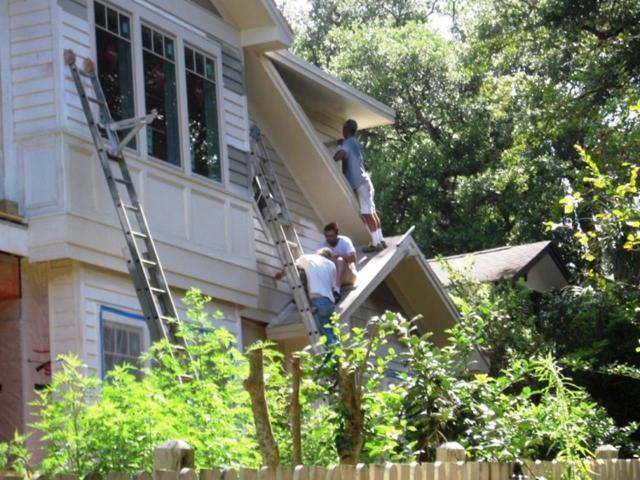 A neighbor tells me that the addition at 59 N. Summit will be a (presumably screened) porch. It is not high enough to see over the trees to the bay, but it is perhaps high enough to catch some breezes. 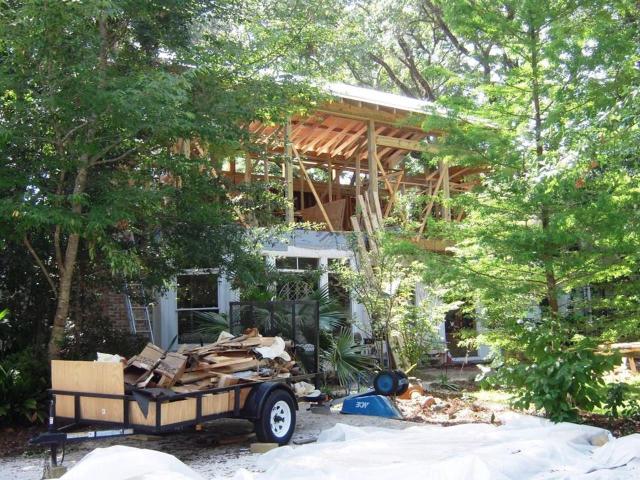 At 120 Kiefer, the dumpster is gone, but it seems likely that a renovation is planned. These photos show that the house is currently vacant and in poor shape. 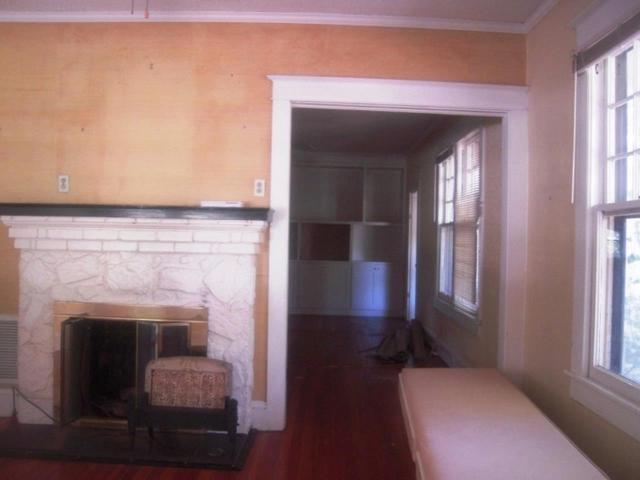