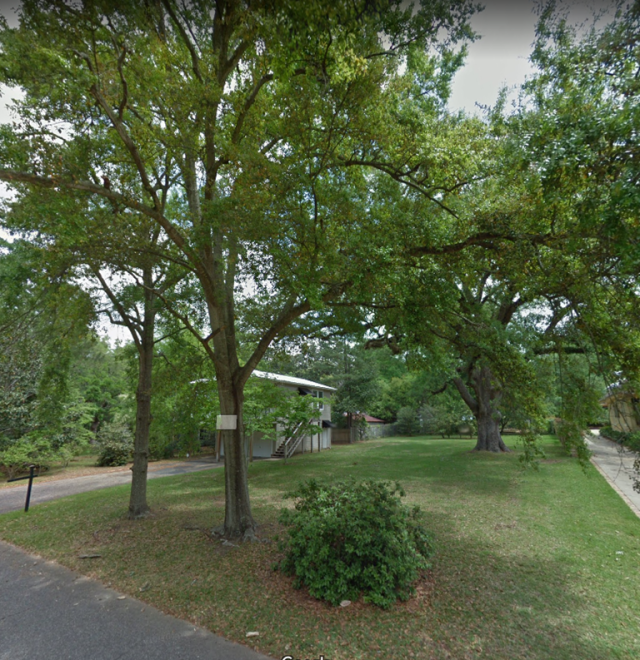 Until quite recently, the lot shown above, on Bayview facing Knoll Park, was dominated by the immense oak tree shown in the rear of the photo. The property owner had long intended to build a personal residence on the lot, and now the time had come. Unfortunately, no house plan could be found, working within the required setbacks, that would work around the tree, which was really just smack dab in the middle of the lot. Even if a house could be built around it, the owner learned, the tree would probably die, and then it would be that much harder to deal with. So the tree must be removed. The two trees at the front of the lot were deemed to be “declining,” so they were also doomed. The result, after filling the immense pit left by digging out the tree roots, was the cleared lot shown below. It was a shame to lose this magnificent tree, but there was no alternative.

In brighter news, however, on another lot just over a block away, at the corner of Bayview and St. James, a small cottage changed hands. The original cottage was a neat one, with a tidy yard and tasteful seasonal decorations, as seen in these Google Street View shots, but it was a bit gloomy.

The first thing the new owners did, however, was to clear out some of the vegetation, which opened up the lot to more sun and air. After considerable rehabilitation, including a new roof and a paint job and opening up the front porch, the house looked much more inviting, especially after the chain link fence was removed and replaced with new landscaping and a post and wire fence designed to encourage climbing blooms. 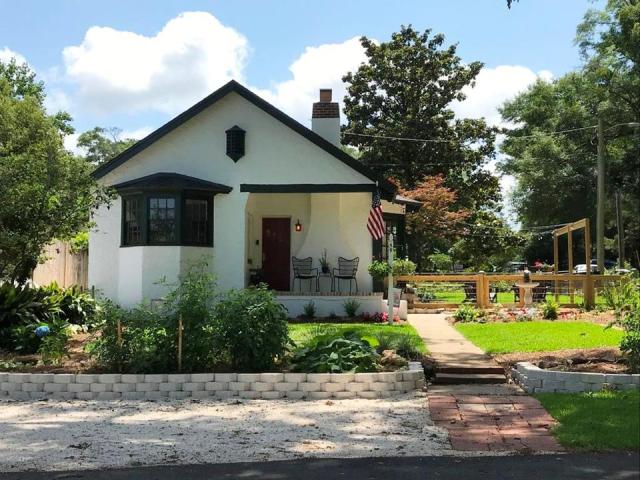 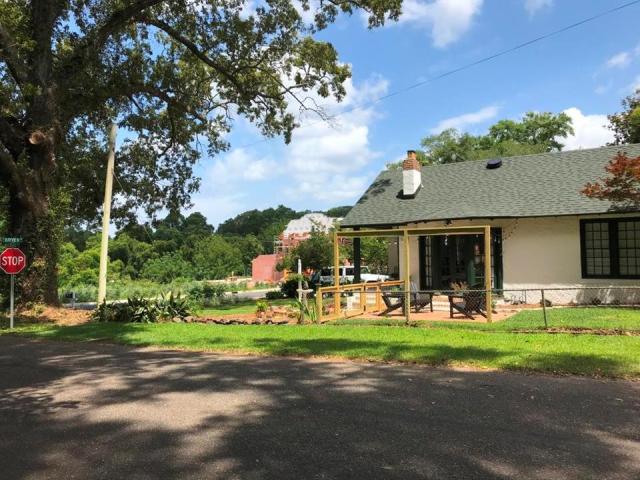 A saying I learned from one of my clients (it inspired the title of her book) is “What you lose on the swings you gain on the roundabouts.” While it is natural to mourn our losses, especially of beautiful natural features, it is also important to recognize progress where it occurs.

This entry was posted in Uncategorized. Bookmark the permalink.

1 Response to Local Ups and Downs