Not a whole lot to report this week, but a few interesting developments.

To pick up where I left off last week, I did go around back and confirm that the siding continues there. In this photo, the window on the left is the new one in the “bonus room” previously designated for attic storage. The one on the right (behind the foliage) is in the shower stall of the master bath. The space between is the two walk-in closets. 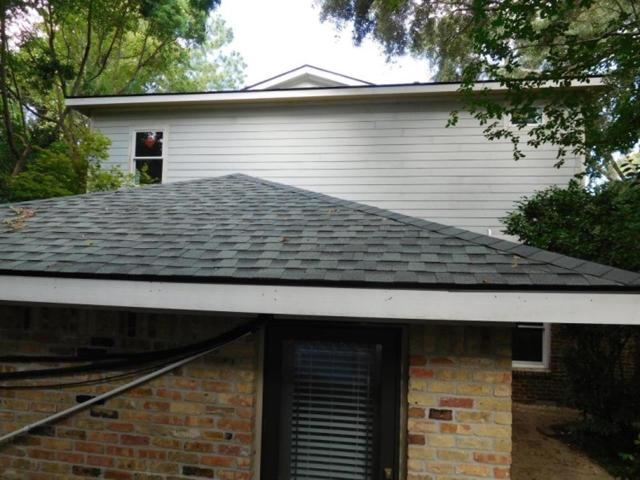 The photo above was taken from the carport, which is up several steps from the house, giving a better vantage point. Inside the carport is this intriguing collection of signs. (This is not new—just the first time I’ve photographed it.)

As I walked around back, I was struck by this bizarre arrangement of wires, pipes, and cables—presumably temporary!

The deck on the north side of the house is still in place and presumably will be retained in some form, but no effort is being made to prevent damage to the existing railing.

Inside, drywall work continues with taping of the seams in walls and ceiling, as shown here in the “bonus room” and master bedroom. 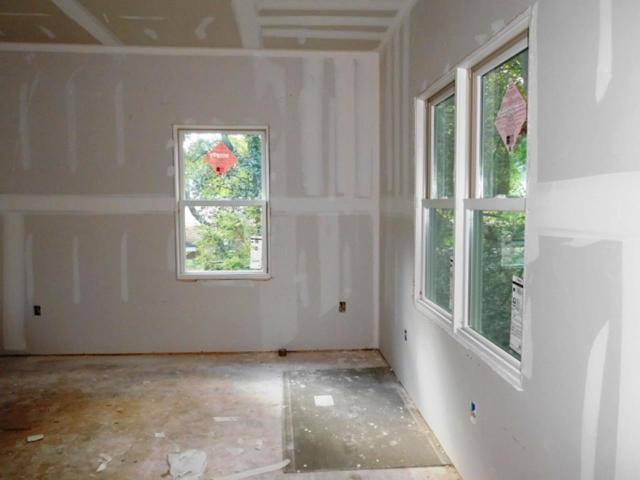 Downstairs, several of the recycled cabinets have been moved into the laundry room and side entry area. 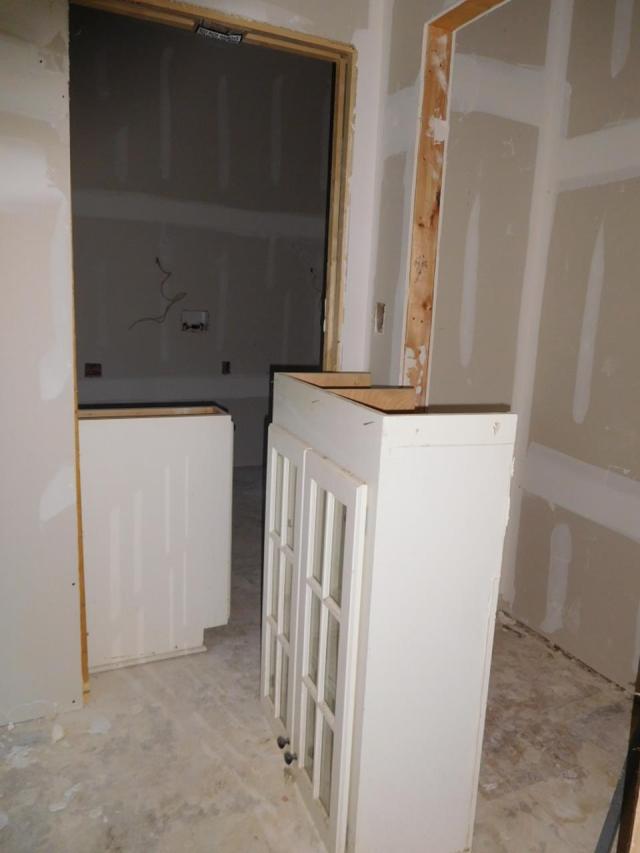 The room at the back, currently being used for storage, still houses a large collection of cabinets. Presumably these will be reused in the kitchen. 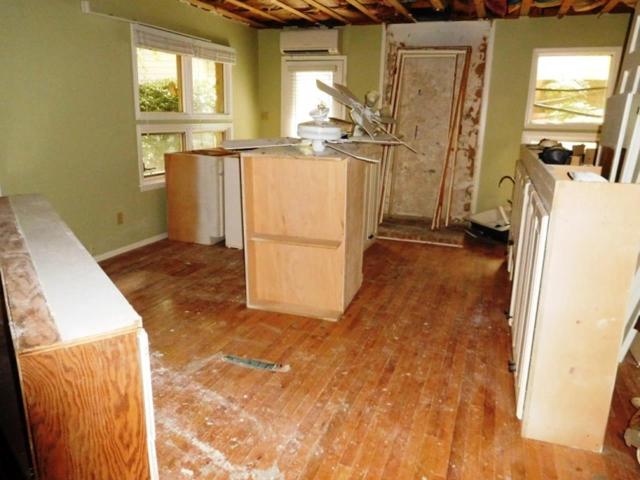 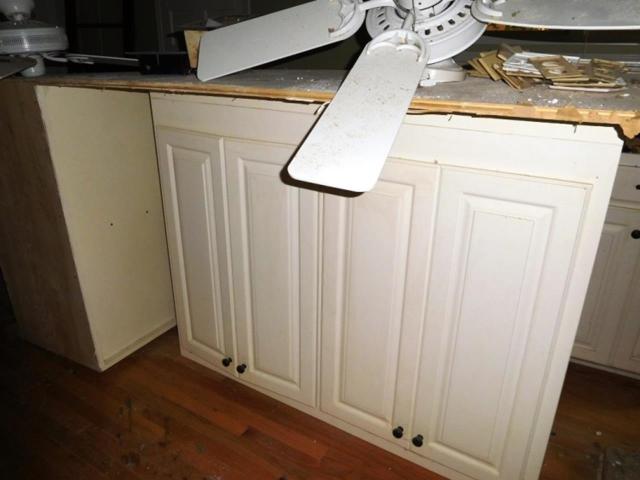 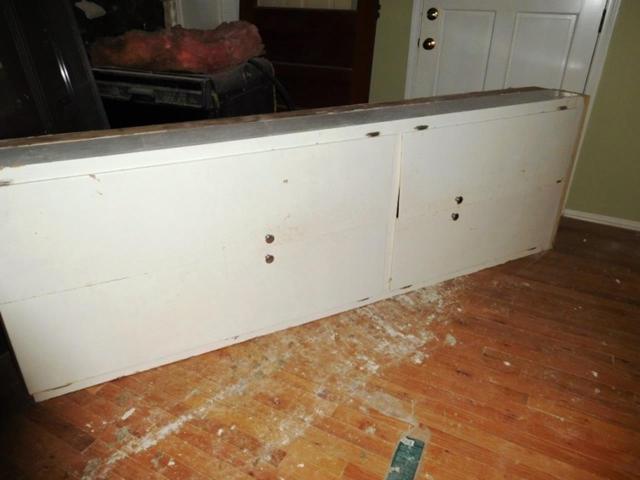 Plumbing has been installed and moisture barrier laid preparatory to pouring the slab.

No actual paving yet, but another test pattern has appeared.

The porticos have been roofed with copper. 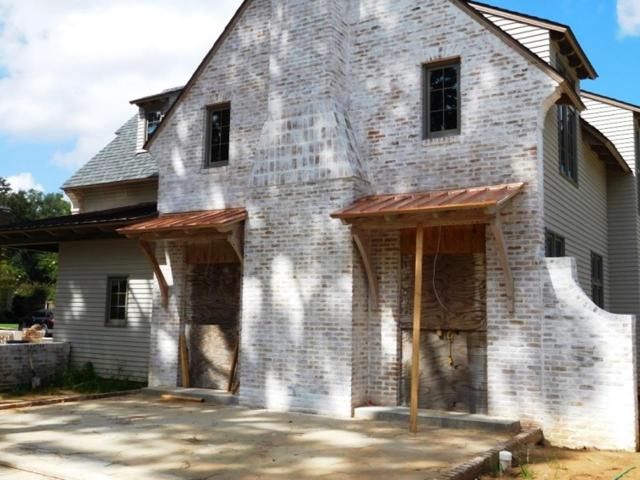 Gaps in the fence have been filled, and the top has been capped with a metal strip. 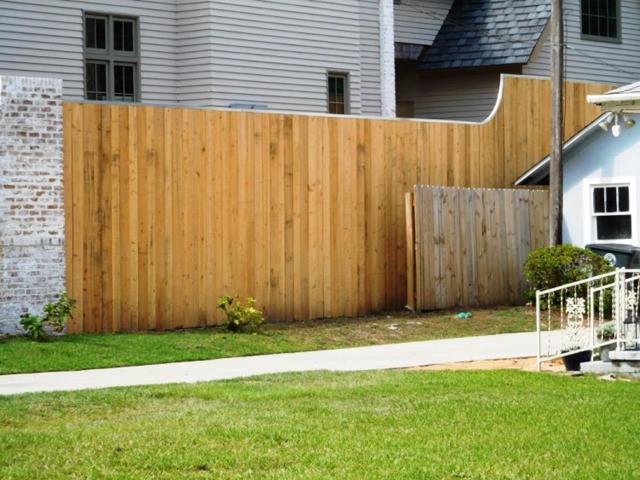 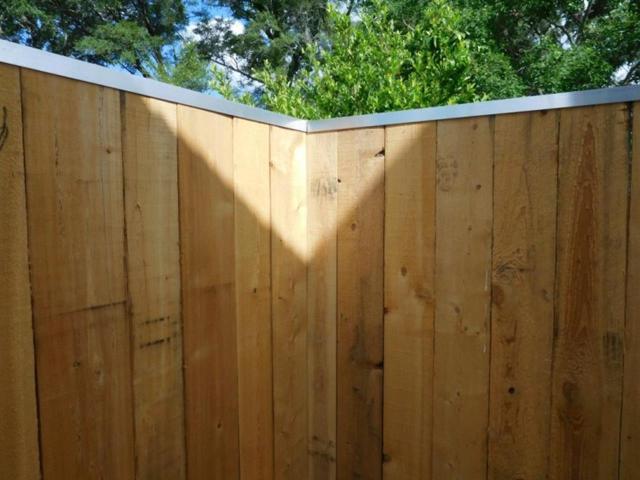 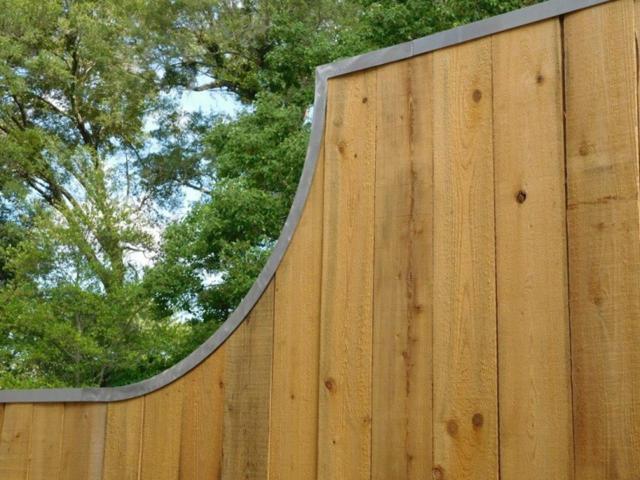