A few exciting developments this week.

Progress is subtle and mostly seems to involve HVAC. These relics may have been exhumed from the basement.

And these antiques outside will doubtless be replaced.

In one of the downstairs bedrooms, floor registers have been taken up (red rectangles), and duct tubing hangs outside the window (yellow rectangle).

The front panel from the “air handler” downstairs, an American Standard/Trane model TEM4. According to a Trane brochure, this model provides “Trane durability at an affordable price,” so again (as in the case of the upstairs air handler) the builder is not splashing out for (possibly unneeded) “premium” features. 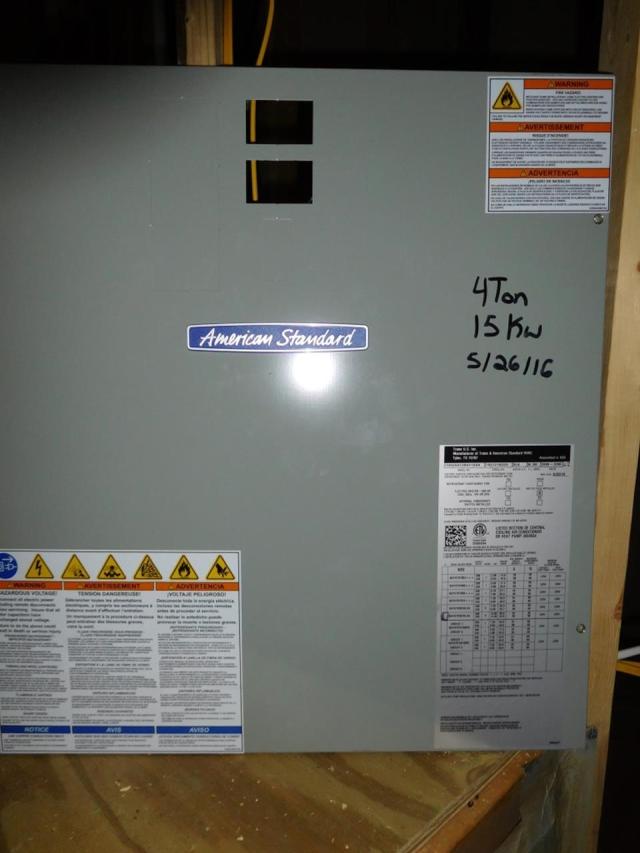 The tub in the master bath looks surprisingly old-fashioned—not a spa/whirlpool type—but that’s in keeping with the apparently economy-minded renovation. 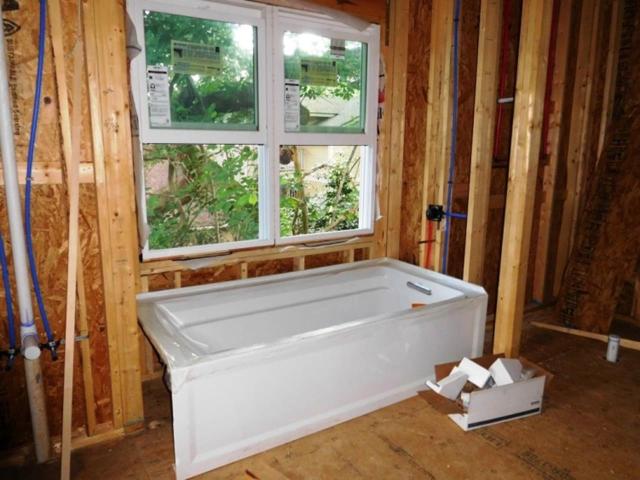 This was a surprise. Not only has the courtyard wall been finished (with a gateway as predicted)…

…but the front parking area has also been walled and gated. Here are a view from the street and another from the front porch.

More pallets of bricks have been delivered. 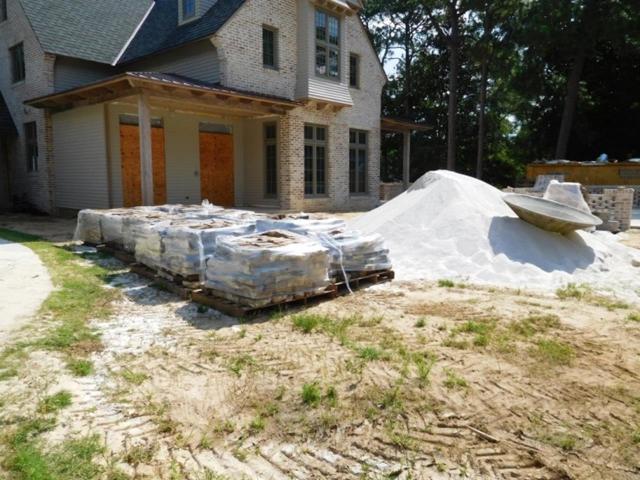 In walking to the west of the lot to photograph them, I discovered part of the reason: brick facing on this retaining wall. It’s not clear whether it will be completed to the corner or not.

It’s also unknown whether the retaining wall at the back (north) side of the lot will receive the same treatment. I wasn’t able to get a good shot of it from the north (it’s also just concrete block), but the brick border at the top (also shown last week) can be seen in the photo of the back of the house. 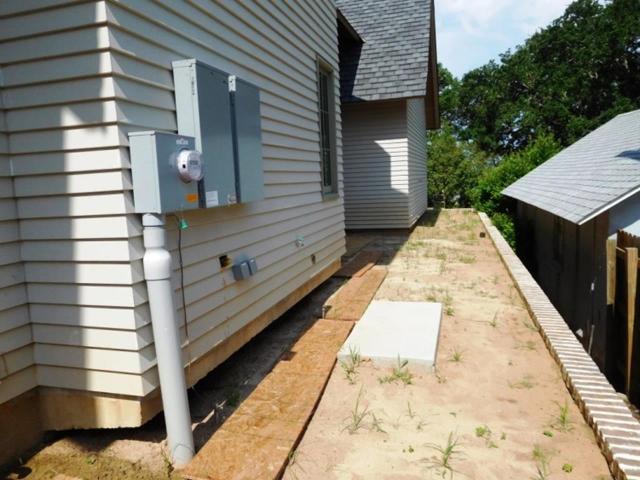 Inside the garage, the apparatus for which the elaborate shelf was intended is now in place—the base of a Water-Furnace Versatec geothermal heating/cooling installation.

No discernible change to the guest house (much less to the main residence), but the fence posts have been finished off with beveled caps.

Painting of the siding has been completed. Judging from the overspray on the brick, I’m beginning to believe (as I first suspected) that the white coat on the brick is just primer, and the brick will eventually be painted the same color as the rest, which will look better, but it still seems to me completely unwarranted.

The outbuilding has also been painted. The side door of the house and the doors onto the back porch are also white. The front door currently appears to be a pale aqua, but that may change (though a bluish gray was one of the swatches shown a couple of weeks ago). 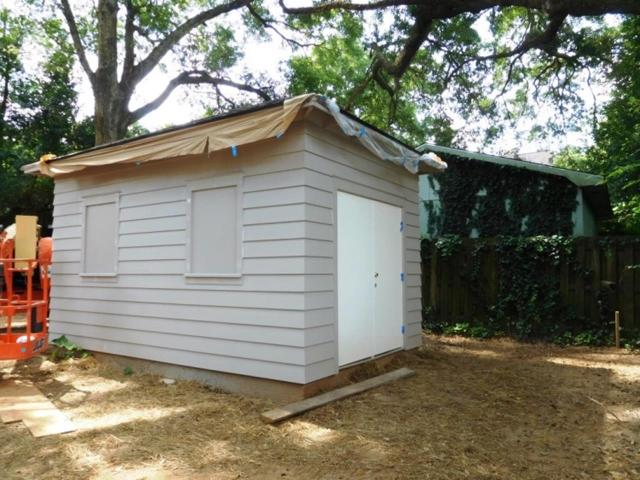 Next door at 162 Fels, the foundation of the addition is taking shape.

Several months ago, some new neighbors on North Summit, having finished raking and sweeping and generally clearing up, declared that they had prepared their yard for “whatever we may get around to doing with it.”

This weekend, the new landscaping was in place, and very attractive it is. I especially like the metal bird in the middle of the greenery. 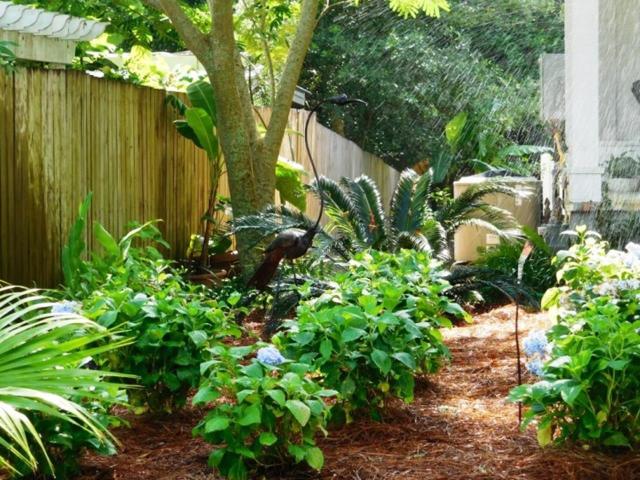