“Loveliest of trees, the cherry now
Is hung with bloom along the bough…”

Today’s report is mostly one of promise. For example, this stack of boxes represents the future of several bathrooms. I’m not quite sure why, in a house with 3½ baths, there are only three toilet tanks, three toilet bowls, and three toilet seats, but I suppose time will tell.

On top of the toilet boxes are numerous boxes of Delta tub, shower, and lavatory fixtures. I made a note of all the stock numbers so that I can identify the fixtures when they are installed, but I won’t bore you with them now. One fixture that has been installed is the Leland® Single Handle Pull-Down Kitchen Faucet. This is kind of interesting because the “single handle” is separate from the faucet.

The sink will also have a Delta Soap / Lotion Dispenser and Bottle. Although this product was clearly made (and labeled) in China, the “sindle handle” faucet and a “linear tub drian” claimed to be “assembled in the US with domestic and foreign components.”

It wasn’t until I looked at my photos of the kitchen faucet that I realized that, even when I took this photo last week, I hadn’t registered that the sink (and sink counter), which had been missing the previous week, had been installed. I’ll take a closer look next week and report. 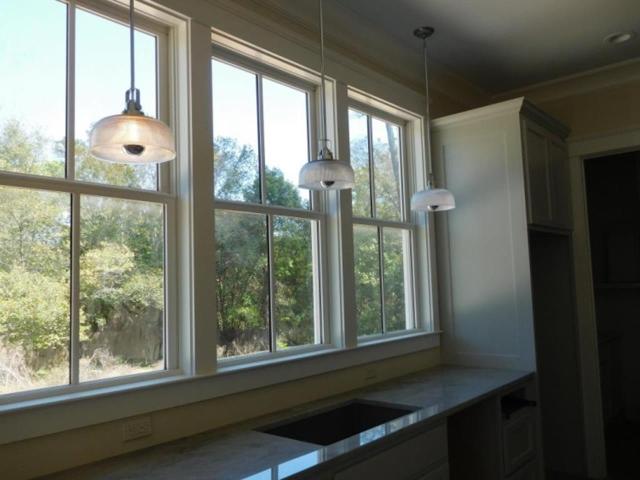 No photos this week, but I did manage to ascertain that the (still uninstalled) lavatory sinks are Kelston by Kohler.

Moisture barrier and concrete reinforcing mesh have been added to the porches. A recent rain has contributed moisture and leaves; will these be left in place when the concrete is poured?

Most of the work this week, however, has been in the rear addition, where windows and doors have been installed.

As seen from the back, it is clear that there will be a second-floor porch/balcony.

Some of the original rooms of the house have been closed off during construction. 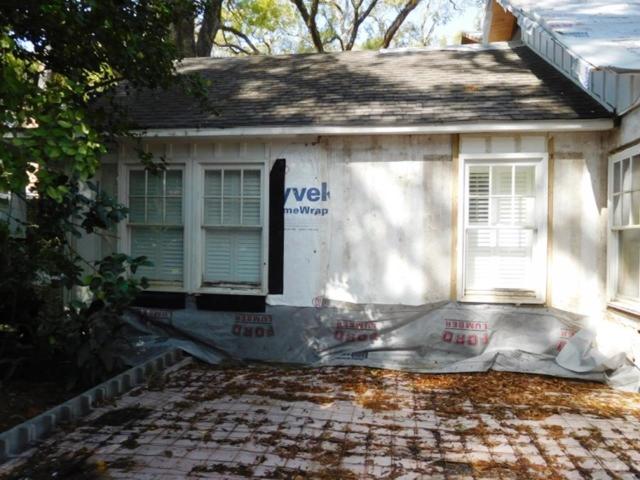 This rear den is still in use.

The new staircase has been constructed in this den. The door to the right leads to the closed-off area shown in the photo two above. 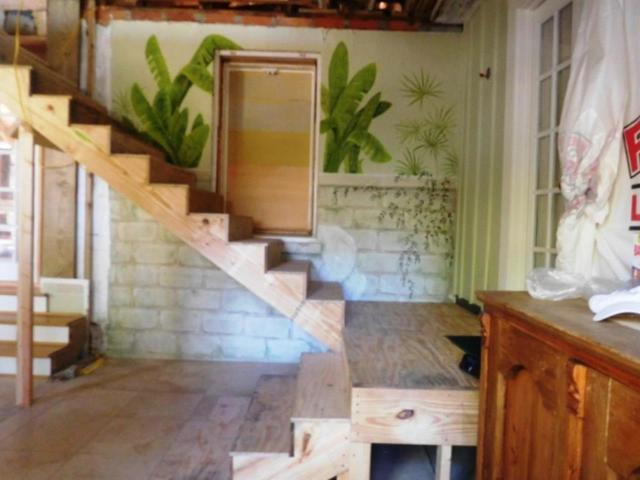